All about the Red Dzao

The Red Dzao are believed to have migrated from modern-day China to northern Vietnam as early as the 12th century.

After suffering droughts, failed crops, and the pressures of conventional society at the time related to feudalism during the Minh dynasty, they settled in present-day provincial areas of northern Vietnam, most notably, Cao Bang, Lang Son, Ha Giang, and Lao Cai, Vietnam.

Their spoken language belongs to the Hmong-Dzao family, while using adjusted Chinese characters for the written form. Children learn Vietnamese in school and can usually speak both languages by primary school.

Dzao religion includes a number of elements from Buddhism, Confucianism, and Taoism, as well as ancestor worship of those who have passed, similar to the majority Vietnamese Kinh group, as well as the legendary holy man, Ban Vuong, considered the earliest ancestor of the Dzao people. 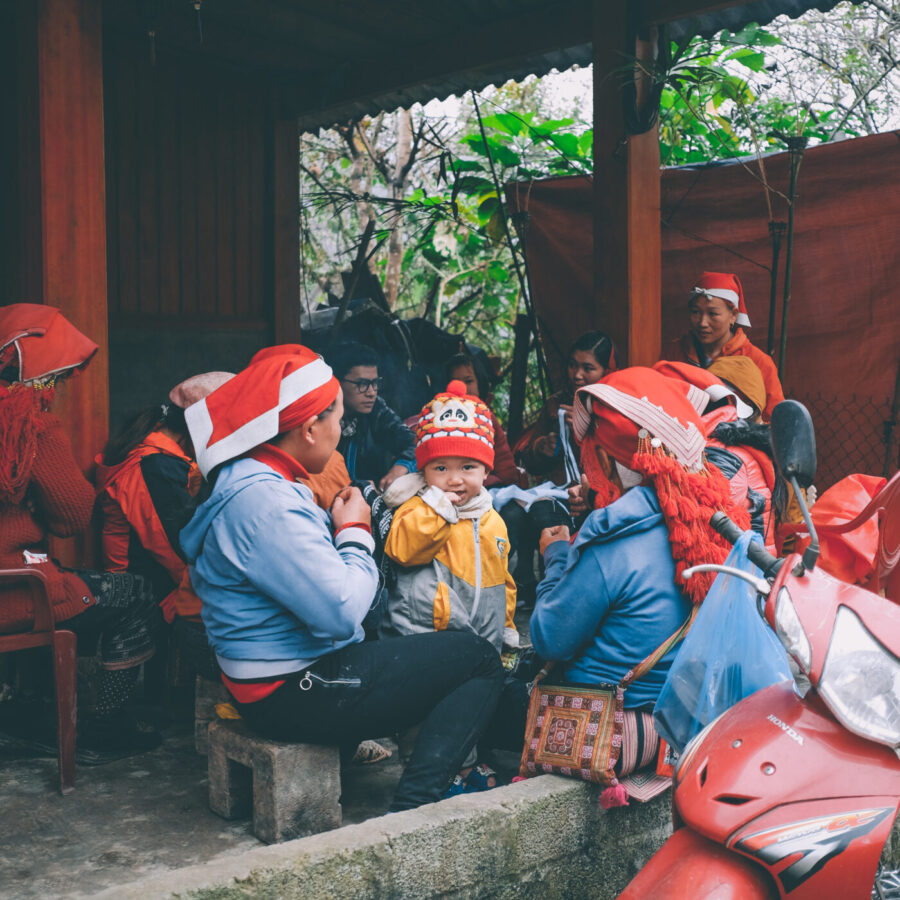 Women’s embroidery skills are extremely important in the Red Dzao culture, with no woman seen as desirable or fit to be married until she is able to sew her own clothes.

Every new year, it is the duty of the wife to make a new set of clothes for her entire family before the start of Tet (the lunar new year). Each traditional outfit includes a colorfully embroidered knee-length jacket, trousers, belt, necklace, and head covering, which usually takes an entire year to complete. You’ll often see women working on pieces of fabric when they are not working in the fields planting and harvesting rice.

Women are usually seen wearing these long blouses over their trousers, while a typical outfit for men consists of a short shirt worn with long trousers and a headscarf. Both genders wear a square of fabric attached to the back of their shirts, symbolizing that they are children of God.

The hairstyles for men and women are similar, worn long on top and shaved underneath, with many women also shaving their eyebrows due to an old legend talking about a woman serving an old king and he found a hair in his soup! As a show of respect, from then on all women shaved their eyebrows and a patch of their hairline once they married. This is covered by a distinctive red turban, triangular shaped and decorated with silver coins and red tassels.

The Red Dzao are renowned for their medicinal plant knowledge – especially for their traditional herbal baths, known for treating fevers, relieving headache pain, circulatory issues, improving skin complexion, and helping aid in recovery after child birth. In fact, Red Dzao women who give birth are able to return quickly to work after a couple weeks of daily soaks in these herbal baths!

Each gatherer (typically a woman), is able to recognize between 50 – 200 different types of plant and herb species by sight only. Of these herbs, there are 10 which are considered the most essential in any herbal bath. The recipes are created by passing down the “secret knowledge” from generation to generation within the same family, meaning no two herbal baths are exactly alike!

Usually, the main ingredients for Red Dzao medical treatments have been locally foraged in bamboo forests and jungle areas. The Red Dzao herbal baths at Topas Riverside Lodge are made fresh daily by our resident herbalist, Chi Pu. 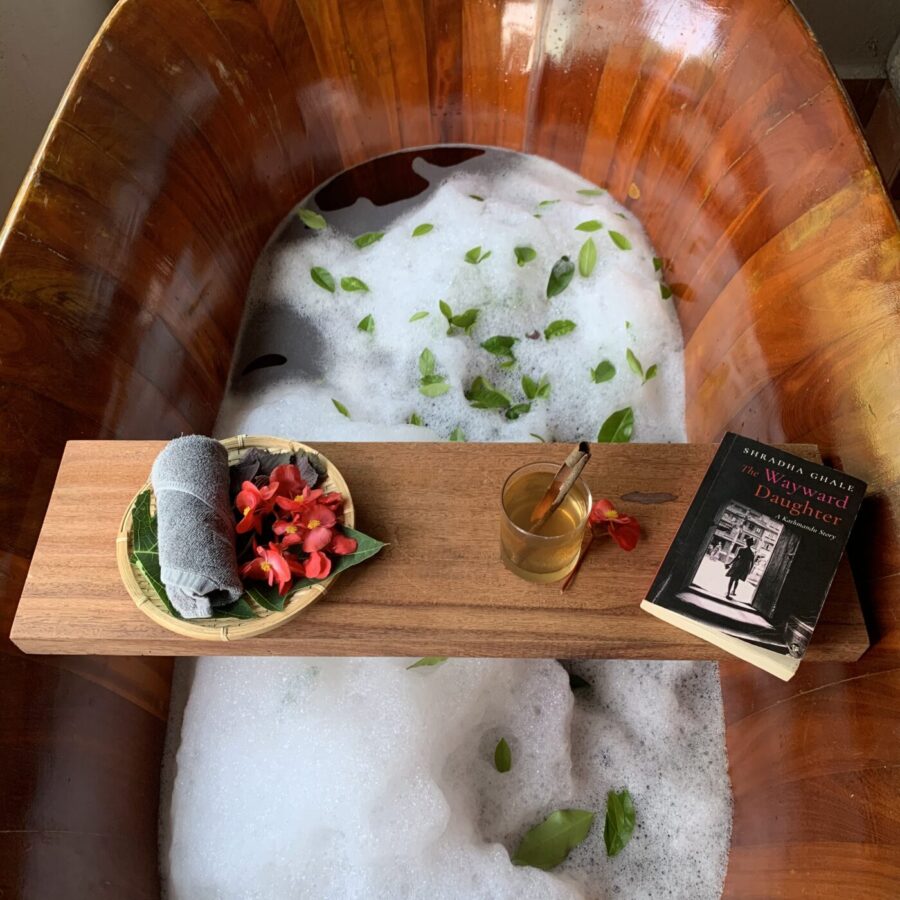 In Red Dzao communities, men play a dominant role, especially in the construction of houses and business in general, while women tend to the rice fields, collect herbs for traditional medicine, sew clothes by hand for the entire household, and take care of the children.

Dzao people have many different family names, with people of different generations distinguished by their middle names and each lineage having its own system.

Of great importance to the Dzao people is the ritual to determine the site for a new house. A household will dig a hole the size of a bowl at night, which is then filled with grains of rice to represent people, cows, buffaloes, money and property. In the morning, the family inspects the hole to see if the rice remains – if not, the house will be built elsewhere. 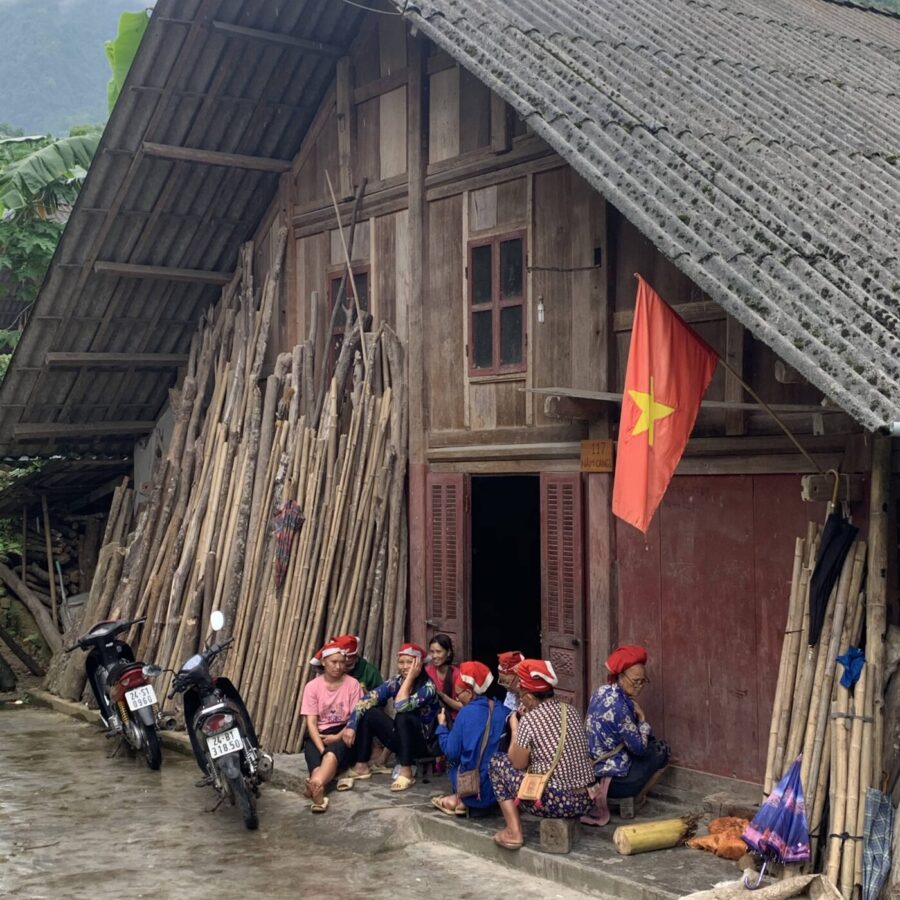 Home-birth is extremely common, occurring in the mother’s bedroom, where aunts and grandmas will help the newborn enter the world before bathing them in hot water. Special rituals, such as hanging green treen branches or banana flowers over the front door, are carried out to protect the baby from evil spirits, who the Red Dzao fear may harm them or make them have a wicked character. A ritual to honor the mother is held when the baby is three days old.

During these rites, a boy will sit on a throne at the highest place in the village until he falls into hammocks hanging below, representing him falling from the sky to be born on Earth, symbolic of the Dzao belief that their people are direct descendants of God. 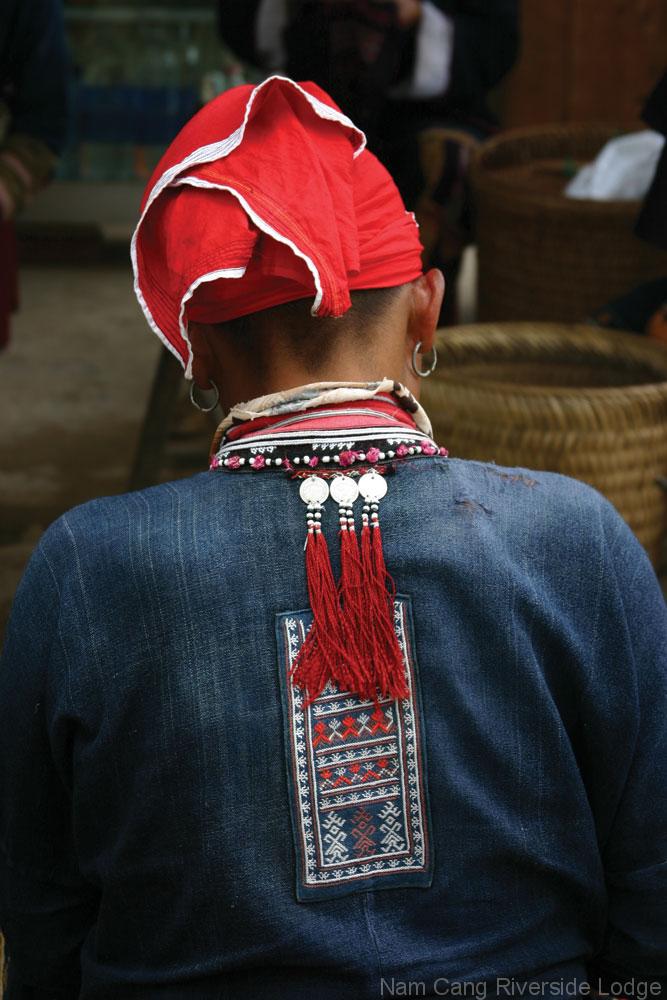 Arranged marriages are common practice in Red Dzao communities, with a bride selected for a young man by his parents. At the age of fourteen or fifteen, the boy is taken by his father to meet a girl deemed to be fit, healthy and a suitable housekeeper. The couples’ suitability for union is then judged by a diviner who uses a ritual involving a chicken leg and the young couple’s own horoscopes. The boy’s family present offerings such as silver coins, chickens, pigs and jars of rice wine to the girl’s family, the value of which indicate the girl’s worth.

During the marriage ceremony, the bride is carried by the groom on his back. A piece of string is stretched in front of the wedding procession, and the bride must step over a pair of blessed scissors before crossing the threshold into her groom’s family house.

For families without a son, a groom can be bought from a poor family who can’t afford a dowry for a wife for their son. This groom will be forced to live with his bride’s family, traditionally a cause of great shame. 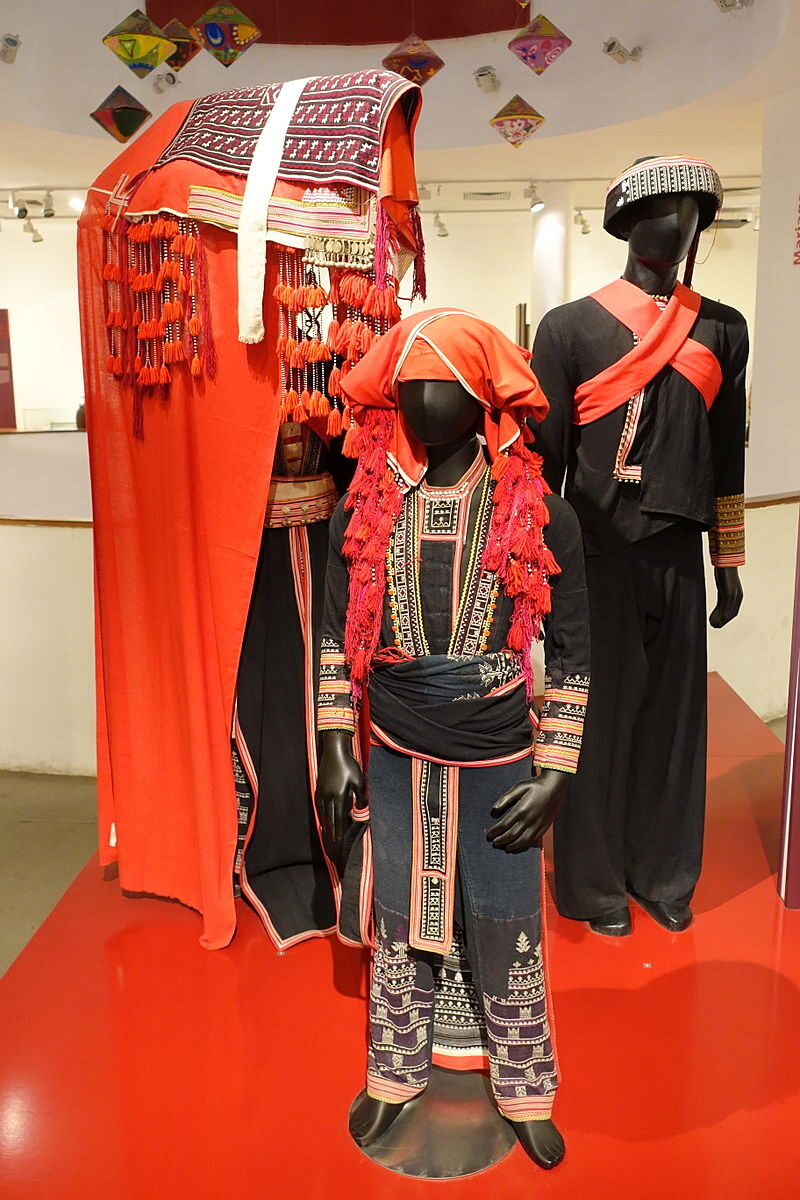 Spend time with the Red Dzao

Want to learn more in-person? Reserve a stay with us and spend time visiting Nam Cang Village as well as foraging for herbs in the nearby bamboo forest, resting after a long day of exploration in a steaming hot herbal bath! Click to see more!